Tomorrow is Love Thursday. I am going to love my body.

I am going to Bonneville Hot Springs to take the mineral waters. I am going to soak in the natural mineral pool and probably take a nap in the afternoon because I get so relaxed when I am there I can't keep my eyes open.

I hate being misunderstood.

Sometimes I know I am not communicating clearly. Sometimes tone gets omitted (like in email) and that changes everything. Sometimes what the other person says to/about me doesn't mean the same thing to them that it does to me.

My feelings get hurt. I scramble to try to "fix it" (the miscommunication or misunderstanding). Usually, we resolve the problem, but it doesn't change the fact that the mismatch occurred.

In a few hours, it is usually over. By tomorrow I might not even remember what the problem was.

But in the moment, it feels bad. I feel bad.

I think I will go to bed and let sleep take it all away.

That's what I'm gonna do. See you tomorrow.

One Truth for Today

I miss me. I miss my energy. I miss having the brains to be creative.

Okay. That's more than one truth, but they are all related. 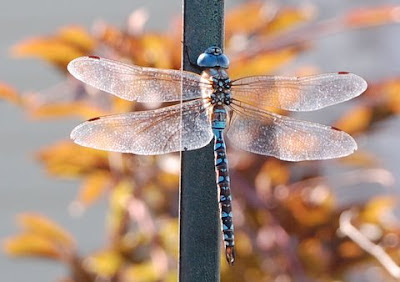 Dragonflies symbolize transition. Friday when I went noodle bobbing, dragonflies circled us in the pool. Dragonflies appear to me regularly. I get it.

Yes, this is definitely a time of transition. Understanding that message, however, doesn't make clear the way forward. At the moment, I take the next step as it comes...as I am able.

For 25 years, I have been a psychotherapist. In that profession, one learns to keep oneself to oneself. Sessions are about the client. That's the way it needs to be.

Here I feel stuck as a writer. Spending the last quarter century not revealing myself, I now struggle with the practice of showing up and telling it like it is for me.

I don't know what that will look like. I just know it will be different. That's how it is when coming through a dark night...too dark to see where the next step takes me, but knowing that I have to put my foot down somewhere.

So that's what I'm going to do.

If you can't say anything nice...

I'm in a funk. A very long "dark night of the soul." I guess that's more than a funk, but you get the drift.

I don't want to complain here so I have basically kept my mouth shut. I haven't wanted to complain and I couldn't figure out how to put a positive spin on things. Being "nice" feels like too much work at the moment.

So today, I am going to have "spa day" with my friend. She lives on Hayden Bay overlooking the Columbia River. We get in the pool and bob around on noodles while enjoying the view. Each of us unloads the happenings in our lives since the last time we had spa day, letting the water wash away the gravity while we bear witness for one another.

So next time you can't think of anything nice to say...find a friend and some water. Bob on your noodle.

Beloved, never avenge yourselves, but leave room for the wrath of God; for it is written, "Vengeance is mine, I will repay, says the Lord." No, "if your enemies are hungry, feed them; if they are thirsty, give them something to drink; for by doing this you will heap burning coals on their heads." Do not be overcome by evil, but overcome evil with good. (Romans 12:19-21)


Quite serendipitously we started watching the John Adams mini-series this week. Last night's we saw the founding of the Continental Army and the Declaration of Independence.

King George III started cracking down on Massachusetts, removing their liberties and access to goods. Because those New Englanders refused to pay taxes without having a say, they suffered the wrath of George and his army fired on the citizens of Lexington and Concord.

This series, obviously, tells the story from the point of view of John Adams, a man of integrity and intelligence. However, the interaction of the delegates of the Continental Congress brought them all to life: Ben Franklin, Thomas Jefferson, George Washington, Sam Adams, Alexander Hamilton, John Hancock, and more.

What surprised me most in the discussion was the reluctance of the Quaker from Pennsylvania to declare independence from the king. Being a Pacifist, of course, he abhorred the thought of war and the loss of life on either side. That makes sense to me. However, being held under the thumb of the crown, not having access to goods, and being stripped of individual rights and freedoms left him on the horns of a dilemma.

The decision to declare independence had to be unanimous. To be legally correct a majority would do, but everyone knew that for this act to have the necessary impact on the crown and full commitment from the individual states, the decision must come from one mind. Ultimately, we know the outcome. All voted for independence, except New York who abstained.

The Quaker from Pennsylvania could not vote for a stand that he knew would lead to war. He also knew that the tyrrany of the king presented untenable conditions. What to do? When the time came for the vote, he was "indisposed" leaving Benjamin Franklin to vote for Pennsylvania.

What do you do when you are faced with choosing between options that have both good and bad/positive and negative consequences? How do you decide? Which is the most loving act?

Such choices are not simple. What is right? What is wrong? How does one weigh one form of death (war) against another (tyrrany)? What course of action overcomes evil with good?

At the end of the episode, Congress read The Declaration of Independence aloud to the people. As I sat in my living room on July 3rd, 2008, patio door open to let in the mildness of the evening, listening to the reading of the Declaration, fireworks exploded. Tears came to my eyes with the enormity and synchronicity of it all.

And as the reading ended, everyone said, "God save the United States of America."

A Force for Good

Live your life in such a way that when your feet hit the floor in the morning, Satan shudders & says...

"Oh shit...she's awake."
This quote was sent to me by sar_girl. I love it. I love the imagery and I love the intent behind it.

How cool would it be to be recognized as such a force for good in the world that all that is NOT shudders and shakes and runs from you, knowing that you will NOT tolerate IT?

As you walk through your day, notice what opportunities you can take to "make Satan shudder." Then come back here and tell us about it. Inspire us all. And we can all know we are not alone on the path.