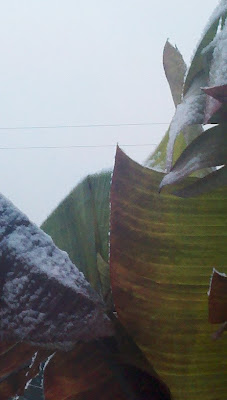 Khalil Gibran says that for 20 centuries men have adored the weakness of Jesus, and do not fully understand his power. Jesus did not live as a coward, and he died without complaining and suffering. He lived as a revolutionary, and was crucified as a rebel.

He was not a bird with open wings, but a violent storm that parted wings. He was not a victim of his persecutors, and he didn’t suffer at their hands, but he was free before all of them.

Jesus did not come to earth to destroy our homes, and, in turn, build monasteries with his stones; he came to breathe a new soul into us, to build a temple in every heart, a soul in every altar and a priest in every human being.

Looking carefully at his life, we see that, although he knew that his passion was inevitable, he tried to give us a sense of joy in every one of his gestures. He must have thought long and hard before deciding upon which miracle was to be his first; he must have considered the healing of a paralysed man, the resurrection of the dead, the expulsion of a demon, “a noble gesture”. After all, it would be the first time he would show the world that he was the son of God.

And it is written that his first miracle was turning water into wine to liven up a wedding party. The wisdom of this gesture should inspire us and always be present in our souls; the spiritual quest is compassion, enthusiasm and joy.

Tibetan monk Chogyam Trunpga says, “We do not need to have a mystical experience to discover that the world is good. We should just realise that there are simple things around us, see the raindrops trickling down the window, waking in the morning and finding that the sun still shines, hear someone laughing.”


Christmas day and banana still stands. His leaves more frayed from the wind, yet he still has leaves. Only one day brought snow that melted by late morning. No hard freeze knocked him down...yet.

I'm torn between wanting the seasons to be as they always have with cold and snow in the next several weeks, and never wanting it to get cold again. The former means that life goes on and the cycles remain the same. The latter, while desirable to my yearning for the tropics, could mean we are in deep doo-doo.

Here's the truth...it is what it is. I am just along for the ride.